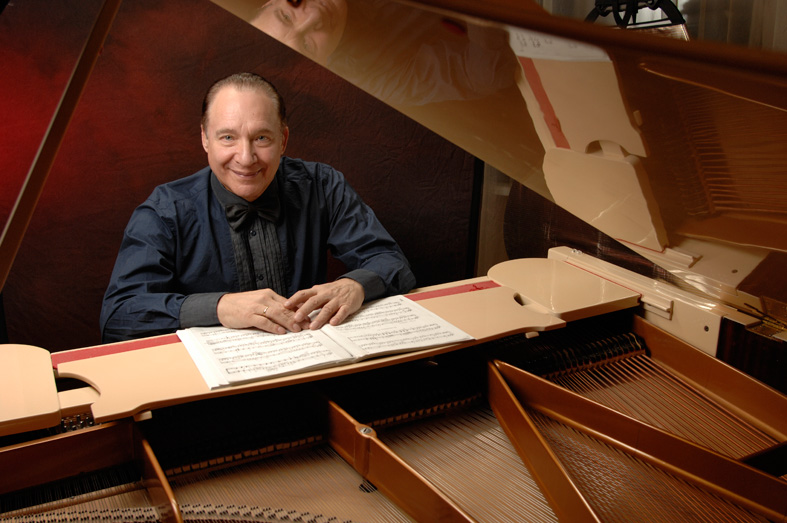 Composer, Russia's Honored Man of Arts (1996), People's Artist of Russia (2006). Graduated from musical college at the Tchaikovsky Conservatory in 1965, got a degree in composing from the Conservatory in 1970. In different years took classes from prominent Soviet composers: Dmitry Kabalevsky, Tikhon Hrennikov, Alfred Schnittke, Andrey Eshpay.

As a student Dunayevsky was head of MSU's theatre studio Nash Dom (Our House). In 1974 wrote many songs for Mark Rozovsky's performance in the Theatre for Young Audiences (TYuZ). The songs later became part of D'Artagnan and the Three Musketeers, the film that won him the recognition of broad audiences.

Later on Dunayevsky wrote music for the sequel, The Musketeers after twenty years (1992), The Mystery of Queen Anna, or the Musketeers after thirty years (1993) and The Musketeers are Back, or the Treasure of Cardinal Mazarini (2008). The composer's music accompanies over 60 films and 20 performances, including Oh, vaudeville (1979), Carnival (1981), The Green Van (1983), Mary Poppins, Goodbye!, A Trap for a Lonely Man (1990), and animation The Flying Ship (1979), Cat's House (1982) etc. Dunayevsky has also created academic music – concerto for piano and orchestra, cantata for choir, pieces for vocal and instrumental ensembles, sonatas, series of romances, choirs.

Maxim Dunayevsky presented a program about operetta The Light Genre on Kultura TV channel (2005), was on the award panel of a number of musical contests (People's Artist, The Slavic Bazaar in Vitebsk etc). He is member of Filmmakers' Union, Russian National Nika Cinema Academy, and Guild of Film Composers. He is also head of Dunayevsky Culture programs foundation (since 2009) supporting aspiring musicians. In March and April 2015 the composer toured Moscow region to mark his 70th anniversary. The concerts were held in the towns of Krasnogorsk, Zvenigorod, Voskresensk, Podolsk, and Khimki. The tour was organized by Moscow Region Philharmonic.

The tour culminated in a festive gala concert held on 4 June at the Tchaikovsky Concert Hall, featuring hits from films, excerpts from musicals The Scarlet Sails, The Flying Ship, Mata Hari: Love and Espionage, cantata Rejoice in the Sun, symphony poem Lament and Death of Julia, and other works by Maxim Dunayevsky. Since 2015 Maxim Dunayevsky has been MRP's artistic director and chairman of its Artistic Advisory Board.