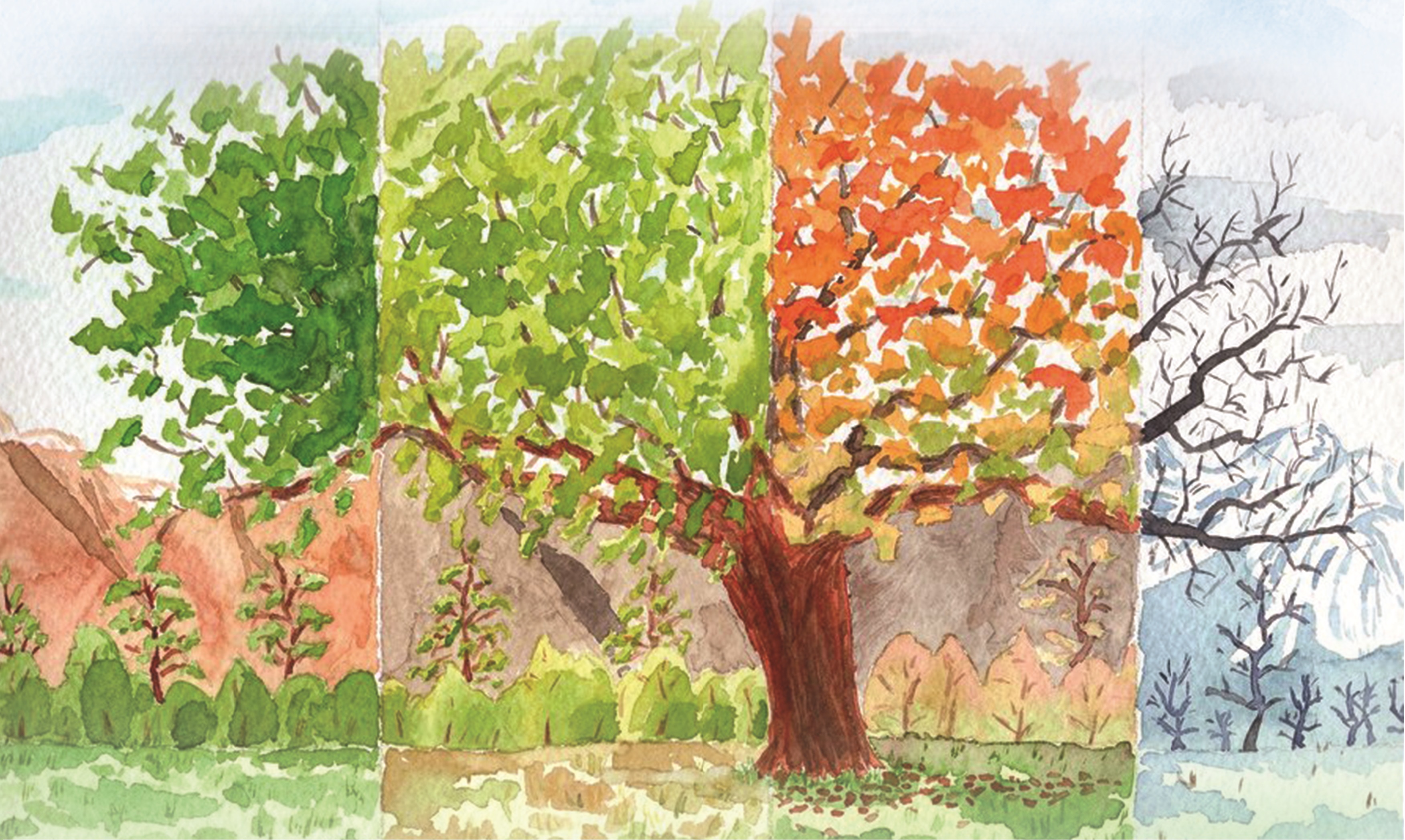 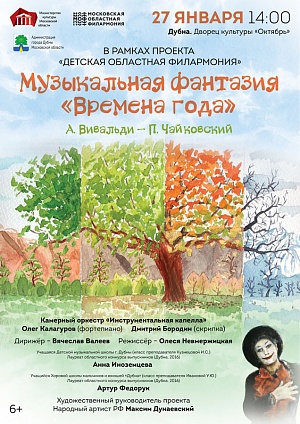 On 27 January 2017 at 2 pm MRP presents musical phantasy “The Four Seasons” at the Grand Hall of Oktyabr community centre in Dubna town. The performance is supported by Culture Ministry of Moscow region and local authorities. Identically titled works by A. Vivaldi and P. Tchaikovsky will be performed by Chamber orchestra “Instrumental Capella”, Dmitry Borodin (violin), and Oleg Kalagurov (piano). The well-known classics will be delivered in a new interpretation, accompanied by pantomime and video art, under the baton of Vyacheslav Valeyev.

We see each season hued with a mood and colors of its own. The nature’s awakening in spring, its bloom in summer, autumn’s gloom, and winter’s fairy-tale vibe have been diversely interpreted in music. The composers have created a peculiar literary program accurately followed by music: Tchaikovsky provided names for the piano pieces, whereas Vivaldi introduced each violin concerto with a sonnet.

In the musical phantasy directed by Olesya Nevmerzhitskaya the two series are fused, featuring a boy protagonist experiencing fascinating life events related to the change of seasons.