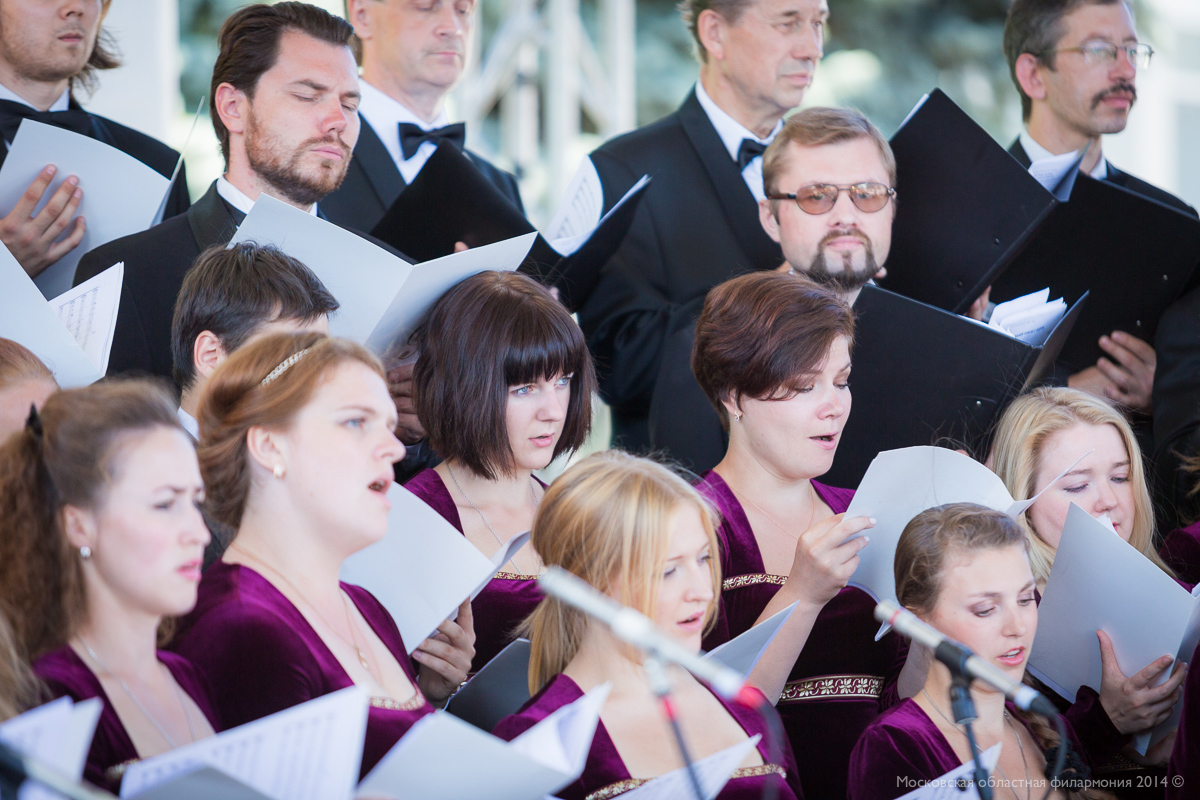 New corporate look, new web-site, new repertoire, new celebrities in the calendar, and new team – that’s Moscow Region Philharmonic restored in 2013 after a 10-year break. The 2014-2015 concert season will have a comprehensive concert line-up, too. All the changes will be presented at the press conference for the opening of a new concert season on 28 September 2014.
Moscow Region Philharmonic headed by Ilgiz Yanbukhtin faces the challenge of creating a fully functioning music arts organization balancing classic, folk, and pop music and delivering an artistic product meeting the highest standards to audiences across the Moscow region.

“Today we can surely say the restoration of Moscow Region Philharmonic will make a huge difference to the musical life of the region. A modern concert organization growing rapidly will define the cultural image of the Moscow region to a large extent,” comments Oleg Rozhnov, Culture Minister of the Moscow region. “A chance for people to hear and see world-renowned musicians in their towns, get to know the best classical works at thematic concerts will now be real. I’m sure the new concert season will be a great surprise both for the sophisticated public of the Moscow region and for newcomers to the world of music.”
Region Philharmonic is getting a new look, its repertoire is being updated, both recognized and young gifted musicians are being engaged. At the same time creative activities of unique musical ensembles within the philharmonic are being preserved and enhanced.

Concert activities will consist of two parts. The first part is regular concerts by home musical groups and guest partners. The second part consists of target projects covering various topics, such as the children’s educational series with the use of modern technologies, including “Tale in Russian music” accompanied by video projections performed together with Moscow City Symphony – Russian Philharmonic; and program “Classical music – high and within reach” featuring Honored Artist of Russia Alexander Ghindin, TV journalist Artyom Vargaftik, and the “Hermitage” ensemble of soloists.
A new symphonic project is also being prepared for the new season to observe two anniversaries of the Dunayevsky dynasty of composers: the 70th birthday of Maxim Isaacovich and the 115th birthday of Isaac Osipovich. The 70th anniversary of Victory in the Great Patriotic War will be highlighted.

“A philharmonic can be defined as an organization giving concerts of different genres. As its leader responsible for the quality I stress the importance of balancing various genres. Classic is first and foremost, but it’s not everything. I also have in mind folk, even pop music, why not? What matters is quality. Philharmonic is an organization for arts,” says Ilgiz Yanbukhtin.

Artistic Council of Experts has been established at Moscow Region Philharmonic. The first meeting of the Council took place on 25 June 2014. The participants discussed concert programs and the strategy for further development.