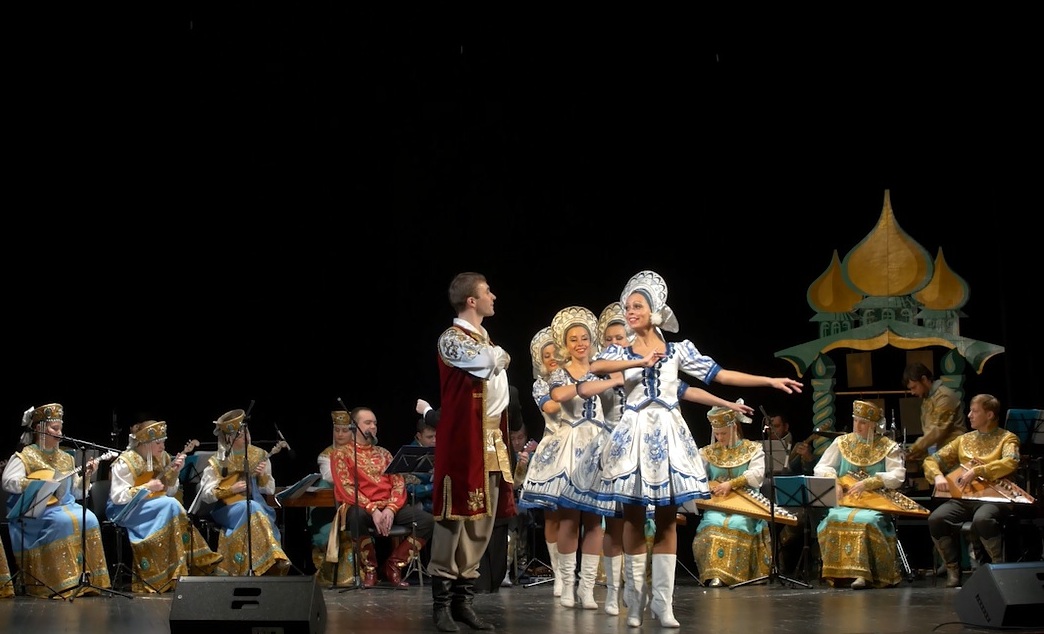 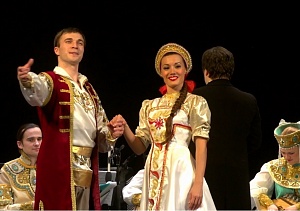 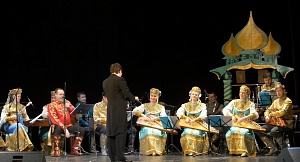 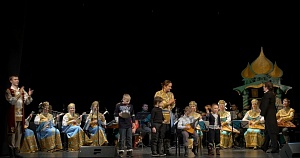 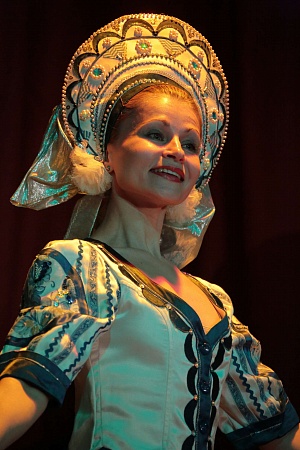 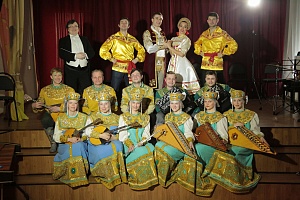 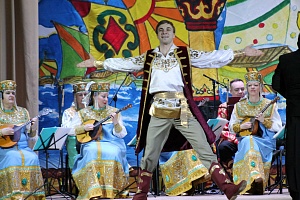 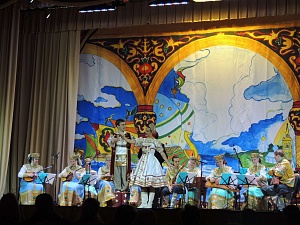 You might think guslars have been long forgotten since the times of Ancient Russia. However, in the 21st century musicians still play this ancient instrument. We invite the most courageous listeners to take a two-hour journey in the music time machine to Ancient Novgorod.

The performance is a mixture of vivid choreography, colorful folk costumes, live Russian language, original renditions of well-known tunes, and the story of a Novgorod gusli musician who travelled to the Underwater Kingdom. The orchestra, which is made up of balalaikas, domras, zhaleikas, horns, various percussions, and Sadko’s celebrated gusli, provides an extraordinary accompaniment.

The production gets children involved, giving them a try at dancing and playing old folk instruments.