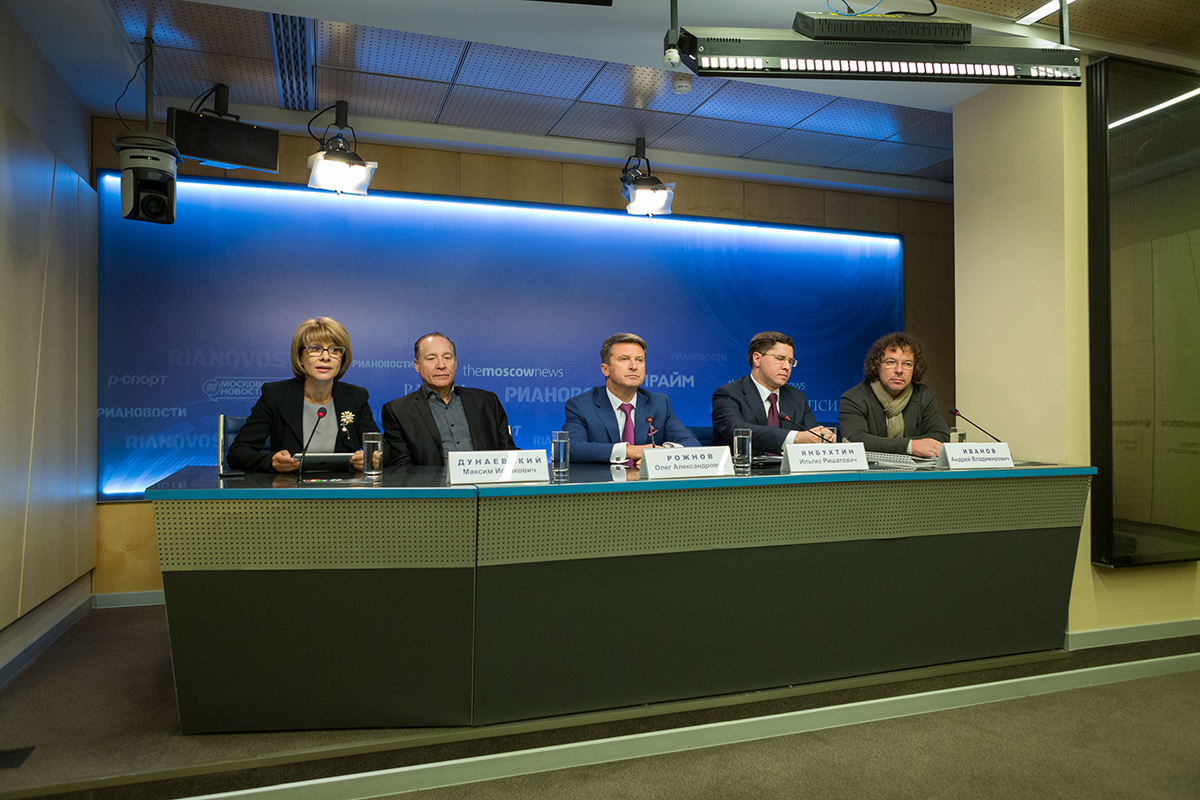 An updated style, team, repertoire, and stars on the posters – that’s how the restored Moscow Regional Philharmonic kicks off its season. The season opener has already been a thrill. On 28 September at Tchaikovsky State Memorial Museum in Klin the premiere of Igor Raikhelson’s concert for piano and orchestra was performed by the world-class pianist Boris Berezovsky and Moscow City Symphony – Russian Philharmonic.

The regional philharmonic was disbanded in 1993. Since that time there had been a few music groups and a production centre. The restoration of the philharmonic started when Andrey Vorobyov’s team came to power and new cultural policies for the Moscow region were launched.
“The restoration of the regional philharmonic has been a necessary and appropriate step. When we came to the production centre, we had ambivalent feelings: on the one hand, we realized it’s an organization with rich history we’re dealing with; on the other hand – we had to start things from scratch. As the philharmonic is a professional arts organization, the idea for its restoration was to keep balance between genres. We have classical music at the core, as well as folk, ethnic, and pop segments, and also a kind of crossover widely applied worldwide,” says Director of the philharmonic Ilgiz Yanbukhtin.

Today the philharmonic has a comprehensive concert line-up. It’s divided into two parts: concerts organized by players of the philharmonic and concerts featuring guest music groups and soloists. A relationship with Oleg Lundstrem State Jazz orchestra, Alexandrov Red Army Ensemble, Russian National Orchestra, Svetlanov State Academic Orchestra, and Moscow City Symphony – Russian Philharmonic has been established, with the latter opening the new season. The motto is high standards of performance.
“We had to face certain difficulties in relation to that issue. We’re building ties with venues from scratch. We have to create a philharmonic market, to have people start going to concerts,

checking out the concert line-up, and planning their time,” Ilgiz Yanbukhtin notes.

The philharmonic has prepared a whole range of projects for the season kickoff. “Tale in Russian Music” for kids and the educational project for teenagers “Classics high and within reach”, carried out with Alexander Ghindin and Artyom Vargaftik, will surely be appreciated both by children and their parents. Another highlight is the project related to youth audiences; as a part of this project the philharmonic will present a series of concerts called “The Revival of Russian Rock” with the singer Olga
Kormukhina and the symphonic orchestra.

In 2015 residents of the Moscow region will also be introduced to a series of concerts observing anniversaries of the Dunayevskys, father and son. A vivid festivity celebrating the 70th anniversary of Victory Day is expected.

“Barvikha Luxury Village” will soon become the main venue for the philharmonic orchestras. The performers expect to be touring a great deal too, Ilgiz Yanbukhtin points out.
“Podmoskovye Today” newspaper, 29 September 2014
by Inga Tarasova